Accepts induction into the National Fitness Hall of Fame on March 15,  2008.

Dr Bob Goldman MD, former 2006 inductee presents the award to Dr Stoxen.  He shares, “Dr Stoxen is not only an amazing Doctor but also a personal friend of mine. I have seen him grow over the years and how Dr Stoxen has evolved into the celebrity chiropractor the he is today.  He has treated many top celebrity performer and Olympic Athletes and top level sports athletes. Ranging from Football, Track and Field, boxing and Ultimate fighting heavy weight champions. He has also lectured all over the world at many anti-aging conferences.”

Dr. Stoxen thanked his Father, Dr Paul Stoxen DC who guided him through his life to become the doctor he is today. He thought back to why he got into this field and said, “My mother sat me down when I was 12 and asked me what I wanted to do and I said. Well I like rock and roll music, I like to work out and I like to eat healthy and take vitamins. My mom began to write the ideas down and put a circle around all of them and told me to package all of the ideas up together and you will have the life you have dreamed of. Well she was right, I do have the life I dreamed of right now.”
“It’s all about helping people. The reason why I do all of this is to make a champion out of everyone because everyone has a champion within them waiting to come out.”

The National Fitness Hall of Fame & Museum (NFHOF&M) was founded on December 2nd, 2004 to provide both a physical and virtual place, where the lifelong efforts of individuals and organizations are acknowledged and showcased. 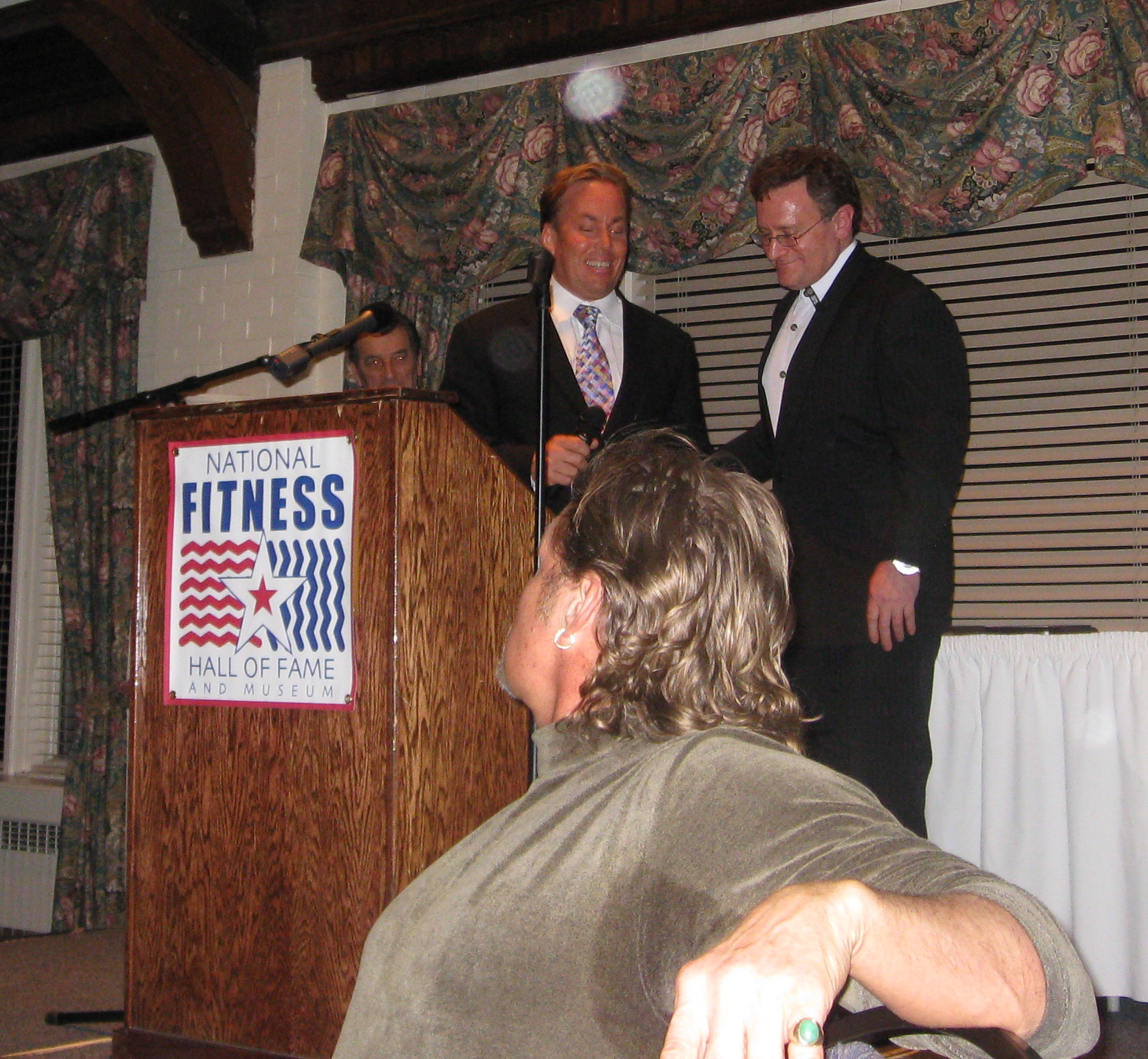 Voting is comprised of The National Fitness Hall of Fame’s Board of Directors (25%), Past HOF Inductees (25%), Professional Members (25%) and this year the general public (25% of the total).

Maximum points that can be earned = 1,000  — The minimum number of points needed for induction into The National Fitness Hall of Fame for 2012 is 500.

Current and Former Inductees into the National Fitness Hall of Fame are:

I would like to thank the following people for their ongoing commitment and support:

I want to especially thank my close friend, Dr. Robert Goldman M.D., Ph.D., D.O., FAASP; “Dr Bob” for his years of friendship and support.  As you know Dr Bob Goldman is the President Emeritis of the National Academy of Sports Medicine (NASM). He is also the co-founder and Chairman of the Board of the A4M and Chairman of the World Anti-Aging Academy of Medicine (WAAAM). Dr. Goldman serves as Chairman of the International Medical Commission overseeing sports medicine committees in over 184 nations. D

I would also especially like to thank my close friend, Dr. Ronald Klatz, M.D., D.O;, Founder of the National Academy of Sports Medicine.  He is the physician founder and President of the American Academy of Anti-Aging Medicine (A4M). In his capacity as A4M President, Dr. Klatz oversees AMA/ACCME-approved continuing medical education programs for more than 100,000 physicians, health practitioners, and scientists from over 105 countries worldwide.

Id like to thank my close friend, John Abdo for his 25 years of friendship and support.  John Abdo is a World-Wide decorated authority on life motivation, health, fitness, nutrition and athletic conditioning. At age 25, Earnie Frantz the founder of the World Powerlifting Congress and the American Powerlifting Federation (APF) trusted me with the duties of the federations team doctor for the 6 years, 1986-1992.

I’d also like to thank my father, Dr Paul Stoxen DC, my mother, Lydia Stoxen and daughter, Paige Jordan.  Thank you to my hard working staff at Team Doctors, Diana Brant, Alma Romero, Laura Zamarripa and Tania Camarena.  Also, thanks to my education director, Debbie Wessman for helping me put out the 250 video tutorials and articles Ive written in the last 6 months. 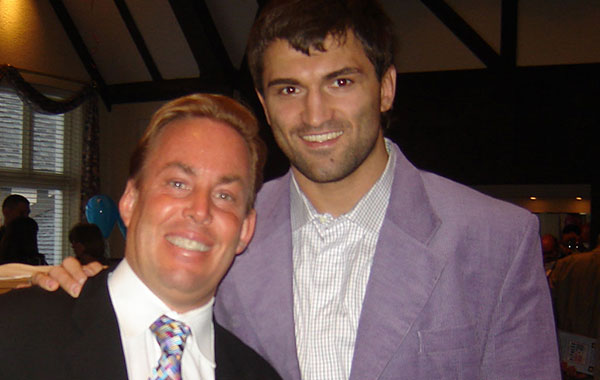 I want to thank some special friends, Anthony Field, Paul Field, Dr Rich Gringeri DC, and Greg Truman for How I Got My Wiggle Back.  Also special thanks to the late Dr Ed Enos for trusting me in coordinating the second powerlifting team competitions in the former Soviet Union in 1988 and working with me to develop the historic first sports medicine course at the famed Central Institute of Physical Culture and Sports Sciences in Moscow when I was just 26 years old.

I will be adding many more to come. I wouldn’t be able here without you.

Dr. James Stoxen DC Has Been Appointed To Serve On The Global Advisory Board Of The International Sports Hall of Fame

Dr James Stoxen DC., FSSEMM (hon)
Dr Stoxen is a #1 International Best Selling Author. He is the president of Team Doctors®, Treatment and Training Center Chicago, one of the most recognized treatment centers in the world. He is a much sought-after speaker giving over 1000 live presentations and has lectured at over 70 medical conferences to over 50,000 doctors in more than 20 countries. He’s been asked to be the keynote speaker to specifically lecture on his human spring approach to thoracic outlet syndrome and other medical conditions. After his groundbreaking lecture on the Integrated Spring-Mass Model at the World Congress of Sports and Exercise Medicine he was presented with an Honorary Fellowship Award by a member of the royal family, the Sultan of Pahang, for his distinguished research and contributions to the advancement of Sports and Exercise Medicine on an International level. (Full Bio) Dr Stoxen can be reached directly at teamdoctors@aol.com

Dr James Stoxen DC., FSSEMM (hon) has been as an honorable speaker for the most prestigious event “Euro Clinical Obesity and Diabetes Congress” which is scheduled on October 26-27, 2020 at the capital city of France 04 May 20 632 Views

Get the best of Dr Stoxen in your inbox